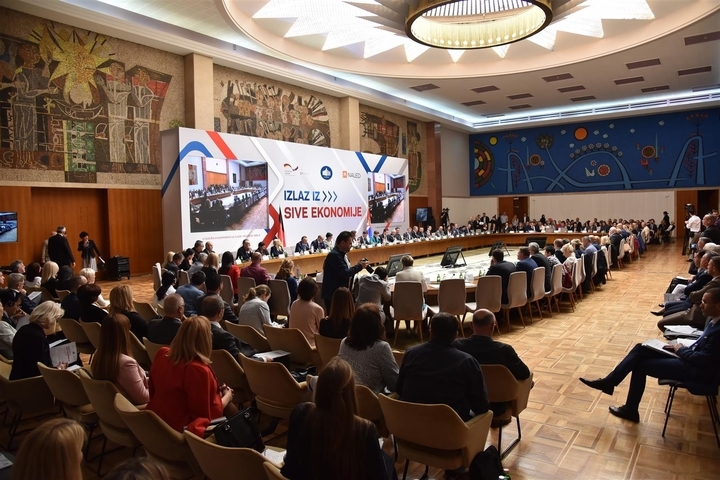 In the premises of the Palace of Serbia the IV Annual Conference of the Government of the Republic of Serbia and the Serbian economy was held and the National Program of the gray economy fight in Serbia for the period of 2019/2020 was presented.

In addition to the presentation of the National Program, the main idea of the conference was a panel discussion of representatives of the Government of the Republic of Serbia, primarily Prime minister Ana Brnabić, then vicepresident of the Government and Minister of Construction, Transport and Infrastructure Zorana Mihajlovic, Minister of Labor, Employment, Veteran and Social Policy Zoran Djordjevic and Minister of Justice of the Republic of Serbia Nele Kuburović and several state secretaries who were after the ceremony and presenting of all planned activities of the Government in the coming period open to all the questions of those present.