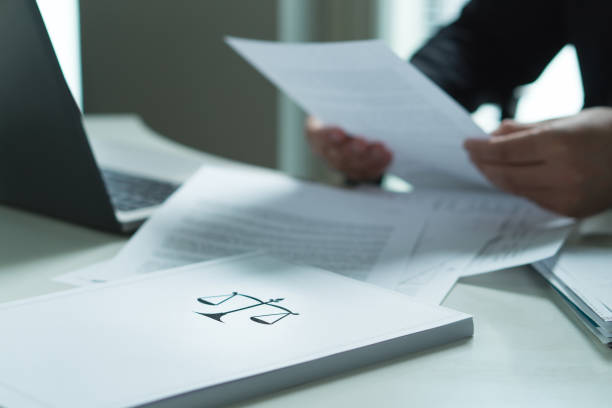 Registered seat. The latest amendments define a company’s seat as the place and address in Serbia from which the operations of the company are directed and which is designated as such in the articles of incorporation, articles of association, or decision of the members’ meeting. In addition, given the large number of fictitious registered seats, the CA allows any interested party to bring a complaint (lawsuit) with the competent court seeking the registered address of the corporate seat to be struck from the register if the owner of the premises in question has not allowed them to be used as a company headquarters. Additionally, compulsory liquidation can now be ordered if a business does not register a new corporate seat address within 30 days of a court ruling ordering it to delete its current one becoming enforceable, which allows these companies to be removed from the market.

Registration on the e-government web site (eUprava). Increasing digitalisation and automation have influenced the amendment of Article 21 of the CA, which mandates that companies register on the e-government web site, in addition to the previous requirement for registering the firm’s e-mail. This change brings the CA into line with the Electronic Government Law, whose Article 40 requires public authorities to deliver official documents to clients electronically, including into the Single Electronic Inbox for users of e-government services, except were otherwise provided for by other regulations. In addition, Article 15 of the Electronic Government Law permits private individuals and businesses to use e-government services once registered, which allows them to access their Single Electronic Inbox.

This innovation is certain to accelerate service of process by public authorities and applications from companies, but also carries some risk, since many firms – in particular older sole traders – are insufficiently computer literate and may be hesitant to use electronic services.

Registration of equity following sale of bankrupt debtor. Practice has identified a number of issues with Articles 44 and 50 of the CA in relation to the legal consequences of the sale of a bankrupt debtor as a going concern, as envisaged by Article 136 of the Bankruptcy Law (Official Gazette of the Republic of Serbia, Nos. 104/09…95/18) in terms of the requirement to register changes in equity with the Business Register. After the sale is complete, the bankruptcy proceeding is suspended and the company continues to exist as a legal person (it continues to trade under the same registration and taxpayer identification numbers), but the buyer is registered with the Business Register as the sole owner and holder of the right of possession and entitlement to manage the firm. As such, the company’s position is similar to that of a start up, which begins to trade with new equity, given that the previously registered equity in effect no longer exists, but the question that had to be addressed was how to determine the company’s equity. Amendments to the CA have provided a solution to this problem by stipulating that, after a bankrupt debtor is sold in bankruptcy as a going concern, the value of its equity is registered as being equal to the purchase price indicated in the sale agreement, and the buyer’s equity contribution is registered as a non-cash contribution to equity equal to the purchase price.

If the purchase price paid by the new member is lower than the minimum equity requirement, the equity is registered in the minimum amount prescribed for the company, and the buyer is required to contribute the difference to the equity within six months of the end of the bankruptcy proceeding.

Operations and transactions involving self-interest. Amendments were also made to the CA’s provisions regulating mandatory reporting of operations and transactions involving self-interest. Specifically, these changes regulate the content of the notification that must be made by persons defined in Article 61 of the CA (such as controlling members, directors, legal representatives, procurators) to the competent authorities when declaring operations and transactions which involve self-interest. In addition, limited liability companies and joint-stock companies are required to publicly disclose, on their web site or the web site of the Business Register, their intent to undertake an operation or into a transaction that requires approval. Such disclosure must include a detailed description of the operation or transaction, the personal or trading name of the connected person, the date and value of the transaction, and information that must be contained in the notice referred to in Article 65(2) of the CA immediately after the formal decision is adopted approving the operation or transaction involving self-interest, or at the latest on the date on which the operation is executed or transaction entered into.

This compulsory liquidation procedure for sole traders (event though not formally named as such) is in effect the same as for companies, with reasons for winding up being the only difference, given the dissimilar legal status of sole traders.

This amendment of Article 175(3) can be viewed as vague as it does not clearly stipulate its application only to situations referred to in Article 200(1)(21) of the CA. The wording could be construed to mean that the clause applies in all cases where a new member enters the company and that the members’ meeting must always previously approve this entry and designate a person to sign the entry contract with the new member.

Nullity of contracts on the transfer of shares in equity. Practice has revealed a legal void as to the legal consequences of a court ruling annulling a contract on the transfer of shares in equity. The new provisions addresses challenges with the enforcement of such a ruling with the Business Register and the issue of persons authorised to apply for registration, and clarifies whether the schedule of members in the Register is restored to the state as existed before the annulled contract on the transfer of shares in equity had been signed, regardless of any subsequently registered changes to the company’s members, especially in view of the length of time that court cases take and the principle that no transaction that is null and void and contrary to public order can be enforced.

These provisions will increase the transparency of companies’ expenditures for remuneration of its managers, which will be particularly significant for shareholders wishing to learn this information. It will also be important for listed companies in which the government holds a majority (controlling) share, given the frequent abuse with director remuneration encountered in these firms.

The second reason for compulsory liquidation is where a company does not register a new company’s seat within 30 days of the court ruling ordering the deletion of a registered corporate seat becomes final.

The legislator has also intervened (unsuccessfully, in the author’s opinion) to amend the controversial Article 548 of the CA, which pertains to the legal consequences of the deletion of a company following compulsory liquidation and governs its members’ responsibility. These changes seem only cosmetic, since the amendment has failed to address a slew of issues, including: How are excess liquidation proceeds determined (since the excess is not indicated in the Business Registers Agency striking the company from the register after liquidation)? What are the grounds for transferring ownership of the excess liquidation proceeds to members of the company? Finally, the most pressing question is, why has the legislator not deleted the paragraph that envisages unlimited joint and several liability of controlling members of limited liability companies and joint-stock companies for debts of the company after it has been deleted from the register? This provision is wholly contrary to a key principle of limited liability and joint-stock companies – namely, that members (shareholders) are liable only up to the amount of their subscribed and paid-up share in the company’s equity, except in cases where the corporate veil is pierced. Compulsory liquidation is often abused in practice, with members liquidating their firms on purpose to avoid paying debts, so the legislative intent was here to put a stop to such abuses. However, the author believes this approach to be misguided, firstly, because it breaches one of the principles of the CA, and, secondly, because the abuses could have been addressed by changes to provisions governing the piercing of the corporate veil.