VP participated in the panel at the Conference of... 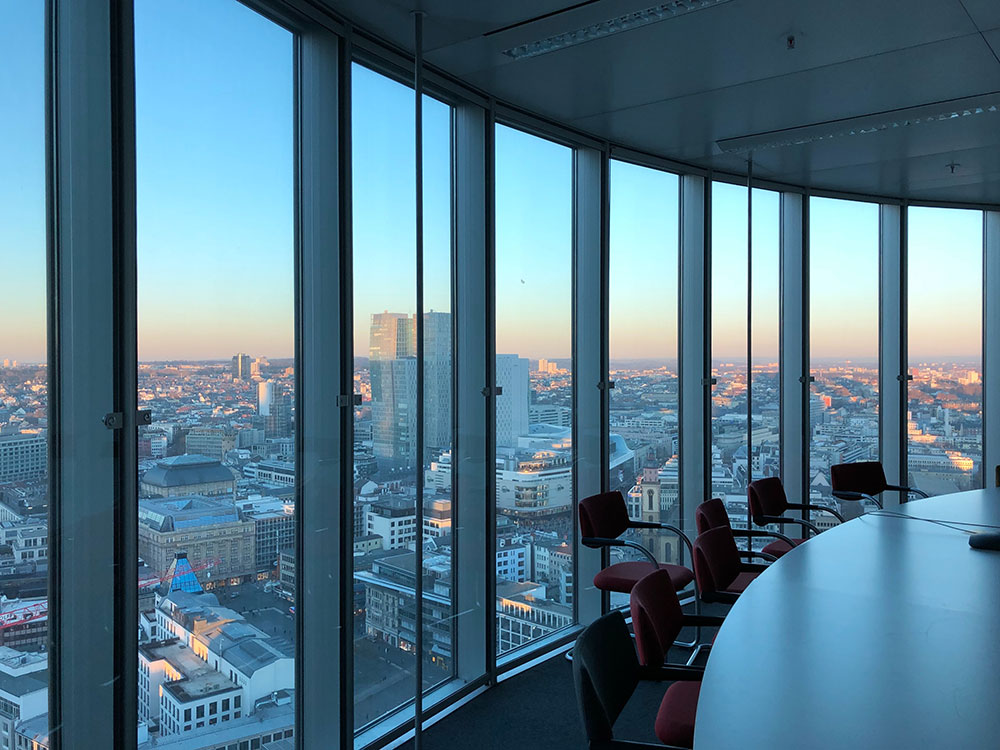 From: Predrag Miladinović and Milica Mišić,

VP participated in the panel at the Conference of...

VP participated in the panel at the Conference of Public Bailiffs

At the invitation of the Chamber of Public Bailiffs, Predrag Miladinović, senior partner and manager of the Banking and Finance sector in our law office, participated as a panelist in the sixth Conference of Public Bailiffs held in Novi Sad on September 10th and 11th 2021.

Within the topic "Jurisdiction of the court and public bailiffs", in addition to Predrag Miladinović, the panelists were also prof. Dr. Nikola Bodiroga, full professor at the Faculty of Law, University of Belgrade, and Commercial Court of Appeal judge, Ms. Branka Žerajić. The panel was moderated by public bailiff Nenad Milić, a member of the executive board of the Chamber of Public Bailiffs.

With significant experience gained through active work in regulatory reform in this area, as well as extensive experience from our office’s practice, Predrag Miladinovic and Milica Misic analyzed and nominated several areas that can be reformed in a way to improve the position of all participants in enforcement proceedings. Below is a brief overview of the areas we discussed.

Previous solutions have moved in the direction of digitalization of communication between the public bailiff and other state bodies. Communication between public bailiffs and the Republic Geodetic Authority, the Central Register of Compulsory Social Insurance and other state bodies is already largely digitalized and these entities are able to internally exchange even large databases, without excessive manual work and exchange of documentation in physical form.

On the other hand, the parties to the proceedings have so far failed to feel any benefits of digital communication and delivery. Therefore, in the coming period, it should be work on using the possibilities allowed by the current regulations (Law on Enforcement and Security, Law on Civil Procedure and Law on Electronic Document, Electronic Identification and Trust Services in Electronic Business), as well as improving regulations which would without any doubt determine that electronic delivery and electronic communication with the parties in this type of procedure is allowed and encouraged.

According to the existing legal solution, courts are exclusively competent to bring Writs of Enforcements, except for claims arising from utility services where this competence is delegated to public bailiffs. Every year, tens (even hundreds) of thousands of Enforcement proposals are submitted to the courts. By delegating the Writ of enforcement on the basis of an enforcement document, we would get closer to neighboring countries that successfully apply this model not only in relation to enforcement but also credible documents. This would greatly relieve the court, shorten and speed up the enforcement process in such cases, given that the court itself, as well as the public bailiff would be, is bound by an enforcement document when bringing the Writ of enforcement from which no deviation is allowed, and is only necessary to determine the enforcement, and legal uncertainty is minimized.

3. Compulsory collection of taxes and misdemeanor fines by the public bailiff

Public bailiffs have proven their efficiency in collecting debts for utility services, lost lawsuits, unpaid alimony, but unpaid taxes and misdemeanor fines have remained out of reach. We believe that, instead of the tax authority, public bailiffs would be far more efficient in collecting such debts, especially because they have the capacity and ability to adapt to the increased volume of work and the specifics of such claims. The results of the work of public bailiffs so far have undoubtedly led to an increase in the efficiency of the enforcement procedure and the degree of financial discipline of citizens and business entities, so there is no reason not to transfer that efficiency to compulsory tax collection with significant tax relief.

4. Procedure for voluntary settlement of a monetary claim before a public bailiff

The Law on Enforcement and Security itself envisages the procedure of voluntary settlement of a monetary claim before a public bailiff, however, in practice it seems as if this is an insufficiently used institute. One of the reasons for that may be the high amount of the advance paid by the creditor which is not returned to him (i.e. who cannot subsequently collect from the debtor) if the debtor does not settle the claim voluntarily.

Our proposal would be to encourage the frequency of implementation of this procedure, primarily through the reduction of the amount of the advance, which would cover only the actual costs of the bailiff, and as such would constitute an incentive to the creditor to firstly attempt a voluntary collection of the claim. The reduction of the amount of the advance would later be compensated through an increased reward of the public bailiff if the debtor voluntarily settles the claim, thus minimizing the risk of creditor, and encouraging an attempt at voluntary settlement that benefits both the creditor and the debtor.

It is well known that in the work of public bailiffs there are many communal claims with a small amount of debt, which in a large number burden the work of public bailiff, and create high costs for both parties in relation to the amount of debt. Our proposal is to introduce outsourced collection for such cases through the procedure of soft collection of specialized debt collection agencies. Specialized agencies would be licensed by the National Bank of Serbia (NBS) or the Chamber of Public Bailiffs, following the example of the externalization process before the NBS, and a special rulebook would prescribe the conditions that these agencies would have to meet. This would contribute to a significant relief of public bailiffs, primarily of communal claims of small value, which would be more efficiently resolved through soft collection with significantly lower costs.

6. Participation of public bailiffs in the implementation of the legalization procedure

During the work of public bailiffs, when it comes to the enforcement of real estate, a kind of intertwining with the legalization procedure often appears as a topic.

It is not uncommon for public bailiffs to enforce non-registered real estate. Having in mind that during the execution of these real estates, public bailiffs often meet with the necessary documentation for legalization of such facilities, the amendments to the regulations should provide for the possibility for public bailiffs, with the engagement of experts in this area, to forward such documentation to the bodies responsible for legalization, having in mind that the issue of non-registered realestate is of public interest. Given the importance of this issue, a wider involvement should be given to not only public bailiffs but other judicial professions as well.

We are grateful for the invitation to participate in this year's Conference of Public Bailiffs and for the given opportunity to contribute with our proposals to the improvement of the executive procedure and the profession of public bailiffs, whose role in law is becoming increasingly of importance.