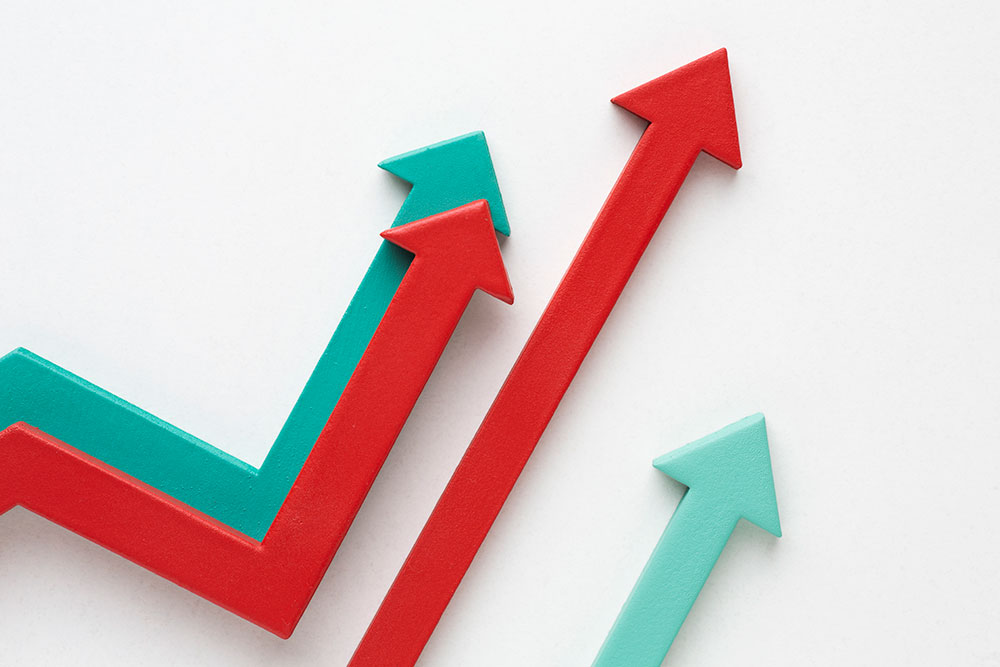 The National Bank of Serbia produces regular quarterly Trends in Lending reports that detail the state of the domestic lending market.

Year-on-year (y-o-y) growth in lending to the non-monetary sector picked up further in 2022, to 12.1 percent in March. Thanks to such trends in the corporate sector, Serbian lending, which posted the highest regional growth in March, was driven more by corporate than by household lending. In addition, led by the expansion in lending, y-o-y growth in total domestic bank receivables from the non-monetary sector also sped up to 11.6 percent in March.

In terms of purpose, growth stemmed mainly from liquidity and working capital loans, whilst borrowing under other non-categorised loans and transaction account overdrafts also went up. By contrast, the stock of investment loans shrank, whilst receivables under other types of loans were almost unchanged compared to end-2021.

Sector-wise, companies in the energy sector borrowed the most in Q1, followed by those in manufacturing and real estate, whilst companies in transport and trade markedly reduced their credit liabilities.

The rise in liquidity and working capital loans was also supported by lending under the Government’s guarantee schemes. In January and February 2022, banks approved a total of RSD 4.5 bn (EUR 38.3 mn) worth of loans under the first and the second guarantee scheme. This brought the total amount of loans disbursed with Government support under both guarantee schemes since the start of the first programme to RSD 279.1 bn (EUR 2.4 bn), where 61.6 percent of the loans approved were denominated in dinars. These loans were mostly used by small (45.5 percent), medium-sized (28.1 percent), and micro-enterprises (26.4 percent).

The volume of new corporate loans in Q1 equalled RSD 258.8 bn, up 26.8 percent from the same period last year. In Q1, companies mostly continued using liquidity and working capital loans (64.2 percent), with somewhat less than half of these loans being channelled to micro, small, and medium-sized enterprises. Investment loans accounted for 19.0 percent of new corporate loans in Q1, with over 80 percent of this loan category borrowed by micro, small and medium-sized enterprises.

The NPL share in total corporate loans edged down by 0.4 pp in Q1, to 2.4 percent in March, its new historic minimum. The share of NPLs in total loans extended to companies also contracted by 0.4 pp to 2.6 percent in March. Sector-wise, compared to end-2021 this indicator decreased across all sectors except in trade, with the sharpest drop seen in the energy, transport, and agriculture sectors. The most pronounced decrease relative to before the Strategy was enacted was recorded in construction, real estate, and trade.

Loans to households increased by 10.7 percent y-o-y in March, similarly to December 2021 (when the growth rate had stood at 10.8 percent). In nominal terms, the stock of loans to households measured RSD 1,389.3 bn (EUR 11.8 bn) in March, accounting for 46.4 percent of banks’ loan receivables from the non-monetary sector and 21.6 percent of GDP.

Excluding the exchange rate effect, household loans gained RSD 23.3 bn (EUR 196 mn) or 1.7 percent in Q1. This was close to the increase recorded in the same period of last year. The bulk (60 percent) of the increment in household loans is attributed to housing loans, which gained RSD 14.1 bn (EUR 120 mn), posting y-o-y growth of 16.2 percent in March. Housing loans were followed by cash loans, liquidity and working capital loans to sole traders, and current account overdrafts.

New household loans measured RSD 127.8 bn (EUR 1.08 bn) in Q1, slightly more (by 1.3 percent) than in Q1 2021. Cash loans made up 59.3 percent of new loans in Q1, whereas housing loans accounted for 23.2 percent of all new household loans. Growth in household demand for housing loans continued, with new housing loans standing at RSD 29.7 bn (EUR 254 mn) in Q1. The rise in FX-indexed loans, propped up by growth in housing loans, which are almost entirely (more than 99 percent) euro-denominated, outstripped that of dinar loans. As a result, the dinarisation rate of household borrowing dipped by 0.2 pp in Q1 to 54.4 percent in March. At the same time, the share of euro-denominated loans increased by 0.2 pp in Q1 to 45.5 percent in March, whilst the share of loans in Swiss francs remained unchanged (0.1 percent).

According to the results of the NBS’s April Bank Lending Survey, banks continued to ease credit standards for households in Q1 for the fourth consecutive quarter. This easing referred primarily to dinar cash and refinancing loans, whilst requirements for FX-indexed housing loans were also relaxed. Banks expect standards to be tightened in Q2, under the impact of higher costs of financing and uncertainty regarding the overall economic situation and the resulting diminished propensity to risk. As reported by banks, in Q1 collateral requirements were eased, interest rate margins, fees and commissions declined, whilst loan maturity was shortened. Household loan demand continued to expand in Q1 and was directed towards dinar cash and refinancing loans and euro-indexed housing loans. According to banks, the rise in household demand was driven almost equally by the refinancing of existing liabilities and developments in the real estate market. Demand is expected to go up further in Q2, spurred on by the above factors and the procurement of durable consumer goods.