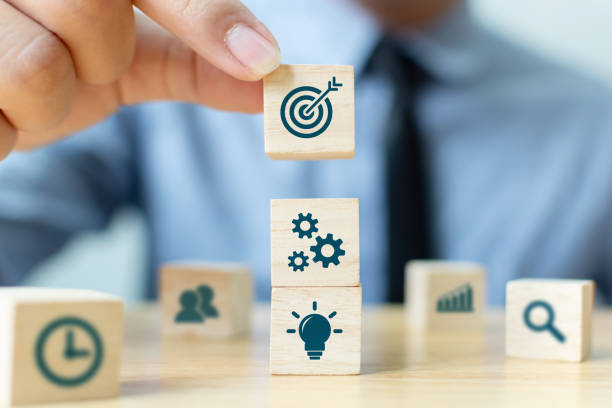 It is generally held that factoring and assignment are virtually indistinguishable. At first glance, the differences are subtle because the objective is almost the same: the transfer of an account receivable from one legal person to another. Yet, scratching the surface to reveal more than just the primary goal will reveal substantial dissimilarity. The first issue that has to be tackled is how these two features are codified, and what the legislator has focused on and wished to achieve when regulating how these two options enable the transfer of accounts receivable.

The first readily observable difference lies in the legal transactions – accounts receivable – to which the procedures apply.

The LCT permits a creditor to assign an account receivable by entering into a contract with a ‘third party“, but does not specifically define either the transaction underlying that account receivable or the status of the third party. Conversely, the FL defines factoring much more extensively. Here, Article 2 states that.

‘“Factoring” is the financial service of selling and purchasing existing non-matured or future short-term accounts receivable arising from agreements on the sale of goods or provision of services, either nationally or abroad’.

This definition bears detailed comparison with the rules of assignment. Firstly, factoring is a financial service of selling and purchasing, which implies consideration, unlike assignment, which may take place either with or without consideration. In addition, non-matured or future accounts receivable can be subject to factoring.

The LCT includes general clauses that prohibit assignment of accounts receivable that are explicitly excluded from transfer by statute (such as entitlement to pecuniary damages due to death of next of kin), those restricted to the person of the creditor, or those ‘whose very nature is incompatible with transferring to another’. In adopting this approach, the legislator has left much room for interpretation as to which accounts receivable can be transferred, and whether non-monetary claims can also be subject to assignment.

The FL, on the other hand, is clear in this regard and leaves no opportunity for debate or broader interpretation, as it allows only monetary accounts receivable to be assigned (sold).

Having reviewed the differences in the scope and content of assignment and factoring, we now turn to parties in these transactions. The legislator has drawn a clear distinction between the recipient (LCT) and the buyer (FL) of an account receivable. The creditor is the assignor in both cases, whilst there are some differences as to the parties that can appear as debtors, which will be discussed in greater detail below.

The legislator has specifically defined the meaning of ‘factor’, the party that is assigned, or that purchases, an account receivable. Three categories of entities can be factors:

– banks, as defined by banking legislation;

– businesses incorporated as joint-stock companies or limited liability companies having their registered office in Serbia and issued an authorisation by the Ministry of Finance;

– foreign banks and businesses , only for international factoring.

By contrast, the LCT does not specifically define the features of assignees, who are instead described only as ‘third parties’. This piece of legislation then goes on to employ the term ‘recipient’ when setting out the rights and obligations of parties. The definition of recipient suggests this may be any business or natural person that is not party to the original contractual relationship that has given rise to the account receivable. By contrast, with factoring the situation is far more complex, since entering into factoring arrangements requires meeting a number of statutory requirements.

Since banks are regulated by the Banking Law (Official Gazette of the Republic of Serbia Nos. 107/2005, 91/2010, and 14/2015)and their characteristics are well known, this section will focus on the second type of factors, namely businesses specialised in factoring. These companies must be incorporated in Serbia and hold capital stock of no less than 40 million dinars. The firms must also be authorised by the Ministry of Finance to perform factoring and may only engage in factoring and related or associated operations. In addition, firms whose primary activity is factoring have to apply for registration with a special Register of Factoring Companies maintained by the Serbian Business Registers Agencyhttps://www.apr.gov.rs/registri/faktoring.2349.html).

. The firms must also be authorised by the Ministry of Finance to perform factoring and may only engage in factoring and related or associated operations. In addition, firms whose primary activity is factoring have to apply for registration with a special Register of Factoring Companies maintained by the Serbian Business Registers Agency.

The legislator devotes particular attention to parties to factoring transactions, in particular the factor, and introduces numerous requirements for both continuous operational reporting (verification of all invoices and accounts receivable) and reporting on the stock and flow of the factor’s assets. These provisions are intended to prevent violations of anti-money laundering and combating the financing of terrorism (AML/CFT) legislation.

A readily observable difference between factoring and assignment lies in the definition of the debtor . Whilst assignment recognises only the concept of debtor (in the debtor-creditor relationship), with factoring the legislator has made an effort to prevent any ambiguity or differences in interpretation. In factoring transactions, only banks, businesses, and sole traders incorporated in Serbia can be debtors, whilst natural persons cannot (with the obvious exception of sole traders).

Now that we have established the scope of these transactions and their characteristics, we will discuss their relationships. In factoring, the relationship between the assignor and the factor is in principle the same as in the assignment procedure as governed by the LCT.

The assignor is required to supply the factor with any and all relevant information (contract, invoice, bond, bill of exchange), and must also notify the debtor that the account receivable has been assigned. Once the debtor receives this notice, the debtor is required to pay the outstanding debt to the factor (an arrangement identical to that in assignment).

Here, the legislator once again intervenes to specifically regulate the scope of factoring by requiring the factor to treat any purchased receivables with due care (the Serbian legal standard is ‘with the care of a prudent businessman’), as well as to maintain a record of such receivables that must be made available to supervisory authorities upon request. These requirements are absent from the assignment procedure as regulated by the LCT.

The key difference between factoring and assignment in terms of the relationship between the assignor and the recipient/factor lies in the assignor’s responsibility, as set out in Article 442 of the LCT and Article 29 of the FL, respectively.

The ability to prohibit assignment constitutes a significant difference between factoring and assignment. A prohibition on the assignment (sale) of an account receivable agreed between the assignor and the debtor has no effect on the factor and will not prevent a sale according to a factoring agreement (Article 30 FL).

The LCT stipulates that an assignment agreement is not binding on the debtor if the debtor and creditor had previously entered into a contract prohibiting the creditor from assigning the account receivable or allowing such assignment only with the debtor’s approval. This statutory provision protects the debtor from arbitrary action by the creditor. By contrast, the legislator did not deem the same level of protection was required in factoring, given the strict constraints of factoring agreements and the fact that factoring firms are closely regulated by legislation governing the specific subject matter (a lex specialis).

The FL recognises multiple types of factoring, whilst the LCT defines assignment exclusively as the transfer of an account receivable from a creditor to a third party.

– Domestic factoring has as its subject-matter accounts receivable arising from transactions in the domestic market.

– International factoring has as its subject-matter accounts receivable arising from foreign trade operations.

2. Secondly, the FL acknowledges two types of factoring with regard to the assumption of collection risk inherent to any purchased accounts receivable, namely:

In this type of factoring, the factor assumes the debtor’s default risk.

Unlike the LCT, which gives the recipient and the assignor the same rights vis-à-vis the debtor, the FL permits a different relationship to be instituted between the factor and the debtor. This is termed reverse factoring.

In reverse factoring, the factor and the debtor agree that the factor commits to pay the debtor’s invoices to suppliers (which constitutes a type of assumption of debt), whilst the debtor undertakes to reimburse the factor once the invoices have become due. This arrangement is governed by the goods or services delivery contract that underlies the invoices. Here, the factor in effect extends short-term credit to the debtor.

One limitation to this arrangement is that it requires creditor consent.

Differences between the two procedures will govern the choice of either. Is it better to choose traditional assignment or select the newer option of factoring? The decision will depend on many considerations, in particular those related to the creditor assigning the account receivable, as well as on statutory constraints and limitations.

Factoring is much more closely regulated, in particular the grounds and characteristics of the accounts receivable involved, as well as the parties to the transactions.

The provisions that regulate the parties suggest factoring is much better suited for use by businesses and sole traders. Since the main purpose of companies is to make investments for profit, they must at all times keep track of the funds they have available for investment, and factoring is a quick way for firms to secure finance. In assignment, the legislator has opted to allow a broader interpretation of both the grounds of accounts receivable and their characteristics. Moreover, there are no limitations as to the parties that accounts receivable can be assigned to. The reporting requirements for the recipient are much less stringent than for the factor, and, since there are no supervision requirements either, the recipient is also not obligated to extend any special treatment to an account receivable it has acquired.