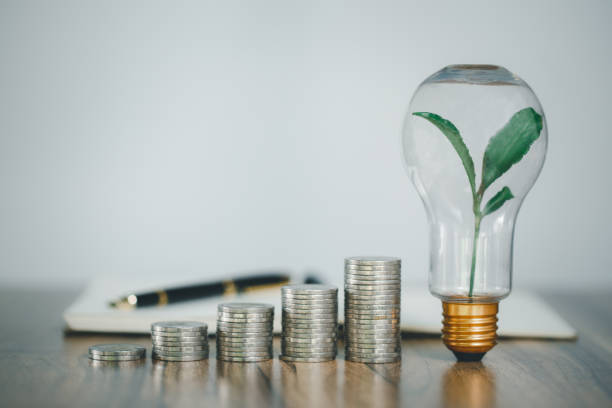 The current financing model, in which banks take a leading role and are indeed often the only lenders, has proven excessively conservative for the requirements of today’s business and is rapidly evolving. As demand for microfinance has been growing, increasing numbers of countries have recognised the need for microlending and have opted to regulate micro-lenders and the micro-lending market, thereby allowing both foreign and domestic firms to extend microfinance directly to clients. This trend has also reached the region, with Montenegro, Croatia, and Bosnia and Herzegovina now having rules in place to regulate microfinance.

The emergence of non-bank microfinance in Europe and the region has been driven by the lack of access to finance for many private individuals, sole traders, and firms, despite many traditional banks operating in these markets. Banks’ risk policies are often quite restrictive and these lenders tend to apply strict criteria when assessing potential clients’ credit risk. Banks use no single list of criteria when approving loans and rather instead rely on their own operating policies. A company applying for a loan must have been in business for at least one year previously, with some banks requiring an operating history of up to two years. Few banks are prepared to lend to start-ups, and those that do so require a mortgage or cash deposit as collateral, meaning that newly incorporated sole traders and firms face the greatest obstacles in accessing finance, which has proven detrimental to entrepreneurship.

In contrast to the region, microlending as such is not yet allowed in Serbia, and this has created a huge imbalance between supply and demand, as evidenced by the findings of research carried out by the USAID Business Enabling Project.

Serbia’s current legislation still favours bank lending. Article 5 of the Banking Law (Official Gazette of the Republic of Serbia Nos. 107/2005, 91/2010, and 14/2015) stipulates that only banks can take deposits, extend loans, and issue payment cards; other institutions can do so only if permitted by statute.

The Payment Services Law (Official Gazette of the Republic of Serbia Nos. 139/2014 and 44/2018) was enacted in 2014 and took effect on 1 October 2015. This piece of legislation introduced the concept of ‘payment institution’, a legal entity incorporated in Serbia that is licensed by the National Bank of Serbia (NBS) to provide payment services in accordance with statute. One payment service these payment institutions can provide is payment transactions where the funds are secured by a loan extended to the payment service user, with maturity of up to 12 months. As such, this law recognises only loans used to purchase goods or services, because legally a loan must be used to complete the payment transaction, meaning that the loan cannot be placed at the disposal of its beneficiary but must be transferred directly to the payee. This provision greatly restricts the uses to which loans can be put and reinforces their traditional role of meeting the needs of private individuals. This leads to payment institutions’ lending models continuing to target individuals and neglecting the requirements of sole traders and micro and small businesses.

The development of a legal framework conducive to microfinance has proven to be the best solution to this issue. Microfinance here does not entail only extending short-term microcredit, but also comprises micro-savings, micro-money transfer, micro-insurance, and related services. These operations have also been termed ‘para-banking’.

Financial intermediation, also known as ‘bank partnership’, has evolved as one option for circumventing these challenges in Serbia. In legal terms, this constitutes ‘commission business’ and envisages the intermediary entering into a partnership with the bank and posting a 100-percent deposit for loans that the bank formally extends to clients directed by the intermediary to the bank. Nevertheless, since the intermediary collects a service fee and the bank collects interest, these loans are rather expensive for beneficiaries, but non-bankable businesses still find them acceptable in the absence of other bank finance.

During the Covid pandemic, the NBS introduced a set of support measures designed to make it easier to access finance. One of these schemes has involved allowing banks to extend loans of up to 90,000 dinars, with maturities of up to two years, to private individuals whose salaries or pensions are not paid into accounts with that bank. To simplify collateral requirements, the banks are required to accept written statements made under full criminal and civil liability by these beneficiaries attesting to their employment and salary levels, or pensions, over the preceding three months.

To help sole traders and firms access finance during the Covid-19 pandemic, the Government introduced an initial guarantee scheme (Official Gazette of the Republic of Serbia No. 57/20 of 16 April 2020), followed subsequently by a second similar arrangement.

Even though these measures have done much to help private individuals and businesses access finance, they have remained only a temporary solution. To address the problem on a lasting basis, Serbia ought to make changes to its regulatory framework to permit microfinance institutions to operate.

Micro-lending, according to the generally accepted definition, is not currently regulated or permitted in Serbia.

As a financial service, micro-lending is part of the broader spectrum of microfinance arrangements that include savings, insurance, and money transfer. Micro-loans range from 500 to 25,000 euros and are intended for a variety of target groups, including sole traders, micro- and small enterprises employing fewer than 50 staff, self-employed, workers in the shadow economy, and socially vulnerable populations.[1]

Microfinance first appeared in Bangladesh in 1976, where the Bangladeshi economist Muhammad Yunus set up his Grameen Bank to promote entrepreneurship amongst the rural poor, which won him the 2006 Nobel Peace Prize[2] . Grameen Bank extended microcredit to poverty-stricken Bangladeshi populations that lacked access to traditional financial institutions, helping them start businesses and so playing a major role in the development of entrepreneurship.

In contrast to Serbia, countries in the region have long recognised the importance of microcredit and have enacted various forms of regulations governing it.

In late 2017, Montenegro adopted its Law on Financial Leasing, Factoring, Purchase of Accounts Receivable, Microcredit, and Credit Guarantees (Official Gazette of Montenegro No. 73/17 of 03.11.2017 and No. 44/20 of 14.05.2020). This piece of legislation defines microcredit operations as the extension of microcredit to private individuals, sole traders, and micro-, small, and medium-sized businesses.

Micro-loans can be extended only by a financial institution licensed as a micro-lender by the Central Bank of Montenegro, which must be incorporated as a limited liability company or a joint stock company with a capital stock of at least 125,000 euros.

Micro-lenders may also extend guarantees up to the statutory limits for microcredit and may also provide consulting services.

A total of 10 micro-lenders are currently registered in Montenegro.

There are 13 micro-lenders currently registered to operate in Republika Srpska.

Banks remain the key lenders in Croatia and offer a broad range of micro-loans. Banks are complemented in the Croatian market by credit unions, which enjoy a special position and are regulated by the Credit Unions Act (Official Journal Nos. 141/06, 25/09, and 90/11 – unofficial consolidated version).

Microfinance first emerged in Croatia in 1996 in regions of the country devastated by war. That year saw the establishment of the first three credit unions, one of which has remained in business to this day.

Credit unions are defined as financial institutions incorporated in Croatia that are licensed to operate by the Croatian National Bank and that can provide services exclusively to their members.

A credit union may perform the following operations:

A total of 17 credit unions are currently registered with the Croatian National Bank.

Member states of the European Union have developed extensive microfinance markets, and some have been able to use microfinance to ensure large proportions of their populations have access to financial services and increase economic activity, which has led to greater living standards.

Romania can serve as a good example. The country has had a well-regulated legal framework for microfinance since 2000, following the adoption of its Law on Non-Banking Financial Institutions. According to the European Finance Network, since 2000 Romania has been able to enhance access to finance for non-bankable sole traders and other stakeholders, increase the number of non-banking financial institutions from 8 to approximately 200, and improve sustainability of non-banking financial institutions by more than 100 percent.

Regional countries have introduced a variety of microfinance models. Microfinance and micro-lending institutions operate in Montenegro and Republika Srpska, whereas Croatia has opted for credit unions, whose legal status is closer to the original notion of microfinance.

If deployed in Serbia, this financing model would be best suited to underserved start-up firms and would help them achieve their business objectives.

Sole traders and micro-, small, and medium-sized companies account for 95 percent of all businesses in Serbia and employ some 65 percent of the country’s total workforce. As such, a well-regulated legal framework for microfinance would certainly promote growth. Research done on the Serbian shadow economy on a sample of 1,049 businesses by the National Alliance for Local Economic Development (NALED) in December 2017[3] revealed that access to finance was the fourth-ranked issue for Serbian firms by importance (as reported by 31 percent of respondents), underscoring the significance of this problem.

The Market Impact Assessment of the Introduction of Non-Deposit-Taking Micro-Financial Institutions, conducted by USAID Serbia, showed that regulating these institutions would inject approximately 870,000 euros in micro-loans into the Serbian economy over a period of four years and would help create some 100,000 jobs.

Even though the experiences of regional countries have demonstrated the positive impact of microfinance, it remains to be seen whether and when Serbia will join the ranks of jurisdictions that permit these advanced financial models.