Controlling member of a business in enforced... 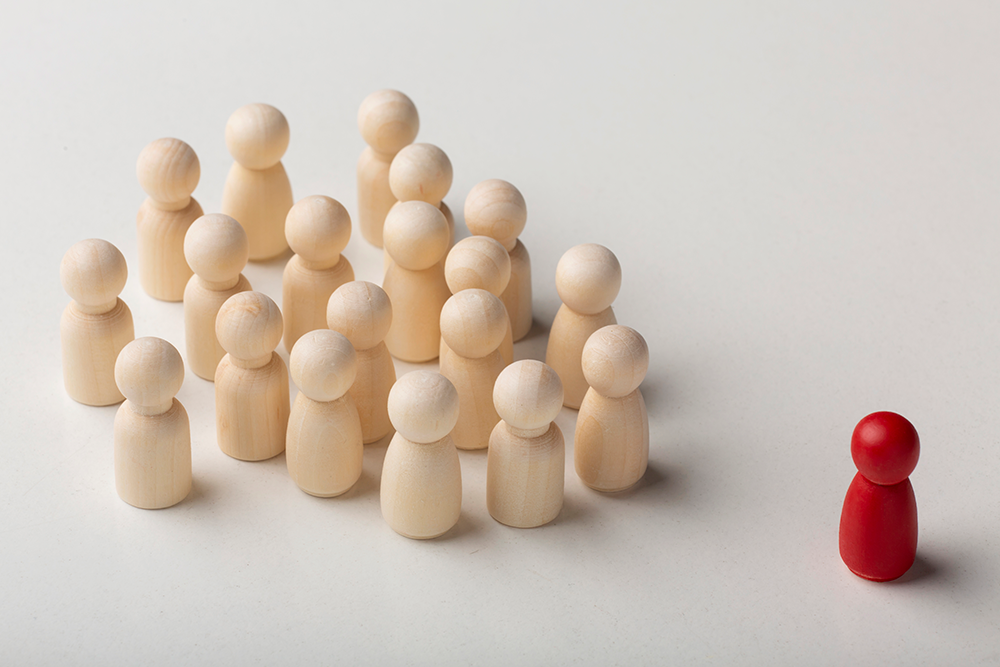 Controlling member of a business in enforced...

Controlling member of a business in enforced collection

The liability of a controlling member is linked to having a ‘majority share’ in the company’s equity. The Companies Law draws a clear distinction between ‘majority’ and ‘considerable’ interest in equity.

As such, the key feature used in determining whether a particular person is a controlling member in a company is their having a majority share in its capital. The Law defines this majority share as owning more than 50 percent of the voting rights in the company; in other words, a person is always a controlling member of a company if that person holds a majority interest in the company’s equity.

These provisions of the Companies Law are primarily important for joint-stock companies and limited liability companies.

In addition to the general provisions of the Companies Law which assign liability to a company’s members depending on form of incorporation, this piece of legislation specifically governs the liability of members after a company ceases to trade or is wound up.

According to Article 548 of the Companies Law, the assets of a company removed from the company register are apportioned to its members in proportion to their equity interests, whilst, for a partnership that has no equity, the assets are apportioned in equal shares. The Companies Law makes a distinction for controlling members , who have unlimited, joint and several liability for any debts of the company even after the company is erased from the register. A three-year statute of limitations applies, starting from the date the company is removed from the relevant register.

The relevant legislation in this context is the latest amended version of the Enforcement and Security Law (Official Gazette of the Republic of Serbia Nos. 106/2015, 106/2016 – Authentic Interpretation, 113/2017 - Authentic Interpretation, and 54/2019), which took effect on 1 January 2020. Article 48 of this law clearly sets out the distinction between ‘transfer’ and ‘passage’ of accounts receivable or accounts payable. Transfer occurs in a legal transaction, such as assignment or other agreement, whereby the accounts receivable or payable are ‘transferred’ from one person to another. By contrast, passage occurs automatically, by operation of the law, such as in probate proceedings, merger, or acquisition, and the like. In this situation, accounts receivable or payable could ‘pass’ to a controlling member.

This article will not look in detail at the formal requirements of a motion to enforce or motion to continue enforcement proceedings against a controlling member (including aspects such as the format of the motion, identifying information, any required supporting documents, and the like), since these are identical to those for a standard motion to enforce. The except is substantiating why the person named in the motion with the court or enforcement officer was not named as the debtor in the original enforceable title or authentic instrument, as envisaged by Article 48 of the Enforcement and Security Law.

Inconsistent case law and enforcement officer practices have undermined the predictability of enforcement against companies’ controlling members. Issues have ranged from the courts refusing to admit statements from the Serbian Business Registers Agency (BRA) or the Central Securities Depository (CSD) as evidence that liabilities had passed to a controlling member, to failure by enforcement officers to comply with procedural rules, including by discontinuing proceedings where the debtor company had been removed from the register at any time, regardless of the requirements of the Companies Law in connection with Article 48 of the Enforcement and Security Law.

A number of enforcement officers have held that the company which was the original enforcement debtor lost its legal personality after being removed from the register, contending that the only option open to creditors was to bring private suits against persons to which the company’s assets had passed. In complete contravention of the law, some enforcement officers would discontinue proceedings as soon as the procedure for erasing the company from the business register was initiated even though the business still remained in operation. The enforcement officers resorted to legal sophistry and dubious creativity in applying the facts to the law, including by suspending enforcement whilst the company was in the process of being erased from the register, only to later adopt formal conclusions both re-opening and simultaneously discontinuing proceedings.

Lastly, on 16 March 2021, the Civil Division of the Supreme Court of Cassation adopted a conclusion designed to harmonise case law. Apart from ordering that both BRA and CSD statements be admitted as relevant for initiating and continuing proceedings against companies’ controlling members, the Supreme Court also instructed public enforcement officers to suspend ongoing enforcement proceedings if a corporate debtor is struck from the register and leave enforcement creditors a three-year window to move to re-open and provide appropriate evidence.

Even though this may seem to be a simple question, it being clear that, once instituted, jurisdiction remains with the Commercial Court regardless of where the controlling member lives, some enforcement officers have instead sought to make courts with territorial jurisdiction over the controlling member’s place of residence competent for hearing enforcement cases. Additional uncertainty is introduced into the process where enforcement officers forward the case files to these courts with territorial jurisdiction and the courts do not recuse themselves but rule on the objection, thereby creating a whole slew of new substantive and procedural obstacles.

Proving passage of liabilities to a controlling member in enforcement cases

Since Article 48 of the Enforcement and Security Law allows enforcement proceedings to be pursued against a person not named as the debtor in either the initial enforceable title or authentic instrument, a public instrument or an instrument duly certified pursuant to law is required to prove that a liability indicated in the enforceable title or authentic document has passed or been transferred to that other person, in this case the controlling member If such evidence cannot be used to prove that the debt has become the responsibility of the controlling member, the passage of such debt can be substantiated by a final ruling made in a civil, misdemeanour, or administrative dispute.

For limited liability companies, the BRA maintains an accessible record of all company owners and their respective equity interests. Equity and shareholding information for joint-stock companies can be obtained from the CSD.

In conclusion, BRA and CSD statements are admissible instruments that can be used to substantiate the passage of liabilities from a business to its controlling member, and as such may accompany motions to enforce or motions to continue enforcement against controlling members.

Enforcement officer’s decision to continue enforcement against a controlling member

As noted above, except for the requirement to provide substantiating information proving to the court or enforcement officer that a liability has passed or been transferred to a person other than the debtor named as such in the original enforceable title or authentic document, there are no major differences from the usual situations in which enforcement is initiated. Jurisdiction, format, course of the process, assets that can be subject to enforcement, and enforcement actions are all the same as those used in standard enforcement proceedings.

There are some distinctions, however, when enforcement continues against a controlling member of a company that has been erased from the business register. Here, once the company is formally deleted, the enforcement officer suspends the proceedings. Some enforcement officers will adopt standard suspension decisions that include a perfunctory description of the reasons for the suspension.

It would greatly promote legal predictability to have enforcement officers not only notify enforcement creditors that the case has been suspended, but also to advise them that they can continue the proceedings against the company’s controlling member within three years.

Many creditors are unaware of this option, so their cases remain dormant until the three-year window expires, after which the proceedings are formally discontinued and the case documents filed away. In addition to losing the ability to collect what is owed to them, in these situations creditors also ultimately have to pay the cost of the enforcement process as well.

Since controlling members have unlimited liability (meaning that the totality of their assets can be used to ensure a claim is collected), creditors can opt for the same types of assets and enforcement actions as in standard enforcement proceedings. If the creditor fails to designate the assets and actions, the enforcement officer will do so, pursuant to Article 67 of the Enforcement and Security Law.

Some types of businesses, such as joint-stock companies and limited liability companies, are often used as fronts for various abuses, including unsubstantiated incoming payments, specious borrowing, and avoidance of responsibility.

The ability to enforce to collect liabilities from a company’s controlling member after the company itself has been dissolved, without having to engage in excessively lengthy litigation, may also help explode the myth that some types of businesses are beyond the reach of creditors. Lastly, the common position of the Supreme Court of Cassation as to the instruments that can be used to substantiate passage of liabilities, digitalisation of public records, and clearer regulation of enforced collection proceedings are all steps in the right direction and will help foster an environment conducive to doing business. In turn, these initiatives to strengthen the rule of law will promote legal predictability, help companies grow, and give more stability to government finances.